The second Annual Hollywood Beauty Awards have been very popular this year. Indeed, great celebrities of the cinema and television industry gathered to celebrate the hidden beauty designers.

Obviously, journalists went crazy about the event; here are some of their reviews:

Ericka Franklin in WWD writes: “The event, which supported Children’s Hospital Los Angeles, is only in its second year and there were a few gaffes, such as technical issues and slow-to-the-stage presenters, which led a playful Kelly Osbourne to dub it as “the most awkward” and “enjoyable” award show she’s been to.”

Julie Miller in Vanity Fair shares a funny fact about Johnny Depp: “Onstage at the Hollywood Beauty Awards on Sunday, Depp joked about his “vagabond” style, according to Us Weekly, noting that he was once voted best and worst dressed by the same magazine—a rare achievement that the good-humored actor seems to have relished. The Black Mass star also described meeting fans who had the gall to rag on his style—before paying him one compliment.”

According to Jodi Guglielmi from People Magazine, Melanie Griffith and her mother made a stunning appearance: “Griffith, 58, walked the red carpet with her mother, iconic Hitchcock beauty Tippi Hedren, on Sunday – and the two proved the apple doesn’t fall far from the super-stylish tree. They both wore long black gowns featuring sequins and lace” 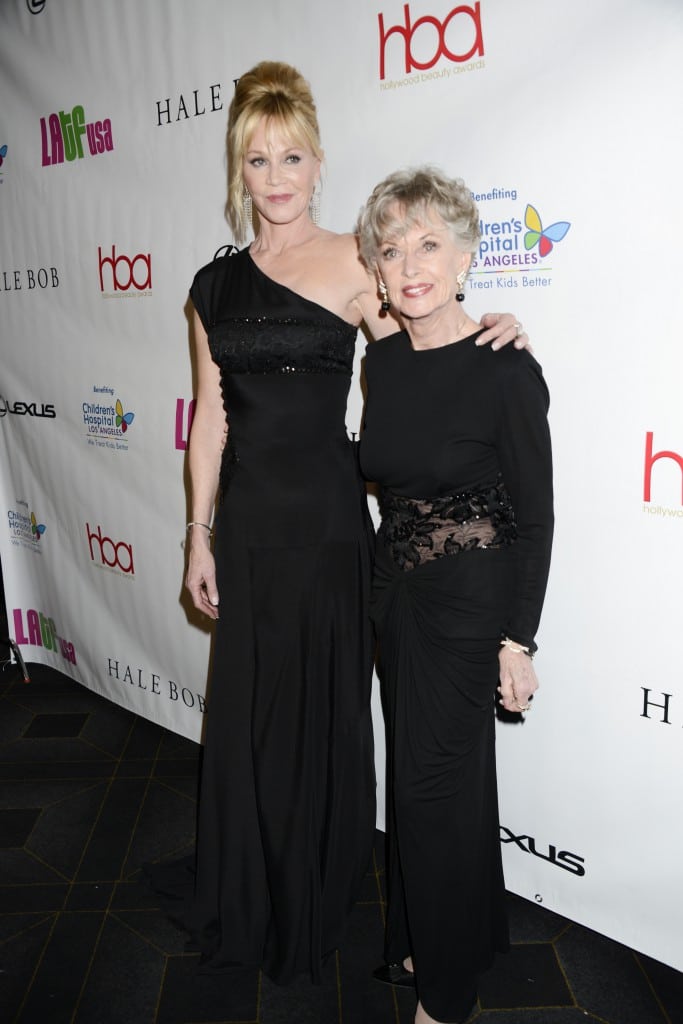 Melanie Griffith and her mother Tippi Hedren, by Michael Bezjian

Heidi Klum was equally greatly complimented by the Daily Mail “the German made sure her hemline boasted a high slit that showcased her terrifically toned right thigh. And her sidekick, celebrity hairstylist Wendy Iles [winner of the Kathryn Blondell Award For Hairstyling], will have certainly approved of the way she had her long golden tresses styled in a classic middle parting.” 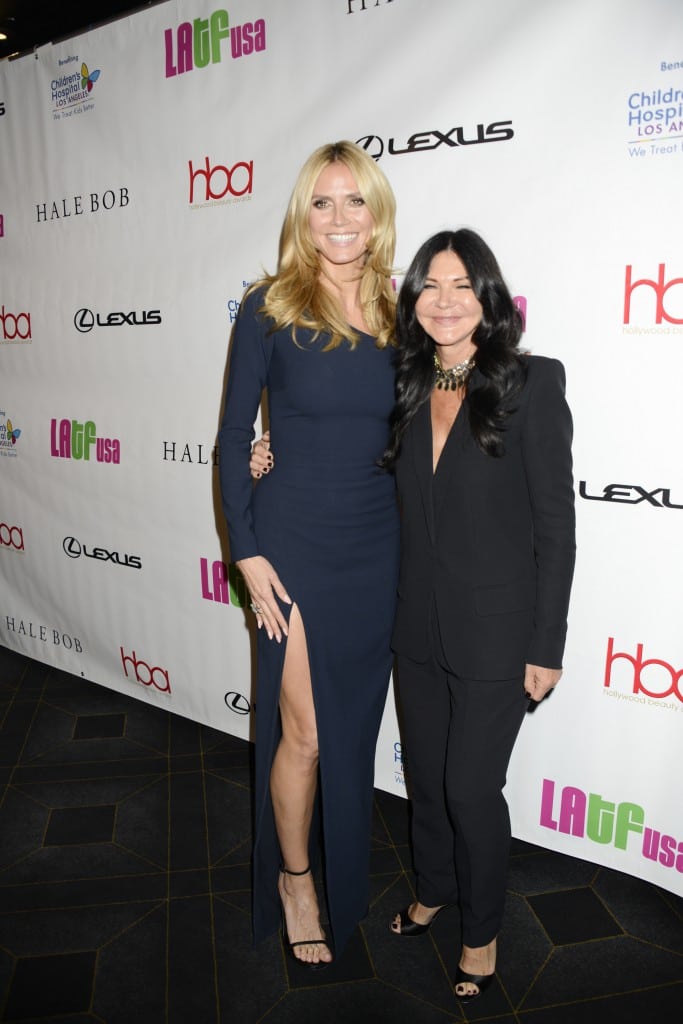 Even Oprah Winfrey published an Instagram photo to congratulate her friend Derrick Rutledge, winner of the Laini Thompson Award for Makeup. 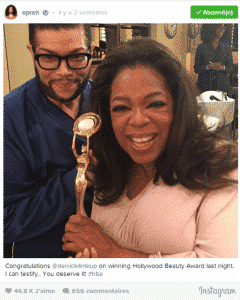 Here is finally the list of the winners of 2016: