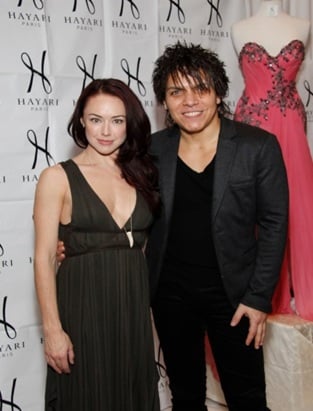 Celebrities and fashion designers are cut from the same famous cloth. It’s no surprise that nearly every designer label has at least one devoted celebrity follower.

In fact, neither celebrities nor fashion houses could exist without one another.

American actress, best known for her roles as Marah Lewis on Guiding Light (1952) – for which she became a two time Emmy Nominee,  and  Taylor James on One Tree Hill 2003.

Entertainment host and correspondent, beauty guru,professional dancer and model.In 2013  Foster launched her own nail polish collection, the Zena Foster Nail Lacquer Collection. She is also known for being married to US artist Tank.

American actress, best known for her role as Esther Valentine on The Young and the Restless, which she has played since 1982. Linder has also appeared in Cotillion ‘65 (2005) and Hysteria (2011).

American actress, best known for her role as Sarah Powell in the television sitcom Charles in Charge from 1987 to 1990.  She has also starred in Two and a Half Men, NCIS, CSI: Miami, Burn Notice, Chuck, Bones, and a recurring role on CSI: NY. In addition, Davis has produced music videos, wrote a screenplay and also produced the award-winning comedy short film, Lotto (2013).

American actress and singer, best known for her recurring roles as Danielle on Disney Channel’s Shake It Up and Bianca on Amazon’s American comedy-drama series, Transparent.

She currently stars as Kira Starr on Austin & Ally, and has been working on new music with the likes of Pharrell Williams, and has even starred US singer-songwriterTrey Songz’s music video “Smart Phones”.

Cuban actress known for Chico & Rita (2010), Juan of the Dead (2011).In 2006 she starred and produced the Independent film “Cruzando Barreras,” which chronicled her life as an aspiring actress.

Carly Steel is a British-American television presenter, writer, producer, and actress starring in Unstoppable (2010). She is known for hosting on TV Guide Network, Entertainment Tonight, Hollywood 411 and CBS’ The Insider and EPIX.

American actress and author known for playing Rosalyn Harris on the HBO series True Blood, and previously starred on ABC’s primetime series Cougar Town. Hennesy has appeared in “Terminator 3: Rise of the Machines” (2003) and Click 2006, and received an Emmy Award Nomination for her work on ABC’s General Hospital.