Set up in 1993, the grand gala that sees  the stars of the silver screen joining forces to raise funds to battle against AIDS and that, through the years, has donated to research over 80 million dollars, celebrates twenty years of activity with a unique and spectacular event.

The main feature of the 2013 gala held at the Hôtel du Cap-Eden-Roc in Cap d’Antibes was a major fashion show entitled The Ultimate Gold Collection Fashion Show curated by Carine Roitfeld that saw a cast of 40 models walking the gala runway clad in gold looks. Numerous silver screen stars took part in the event; among them were, among others, Sharon Stone, Janet Jackson e Milla Jovovich, insieme a Jessica Chastain, Heidi Klum, Andrien Brody.

For the event, Mélanie Mar dressed in Hayari Paris

The day before, 5 dresses were on the top for best dresses in the De Grisogono Party: 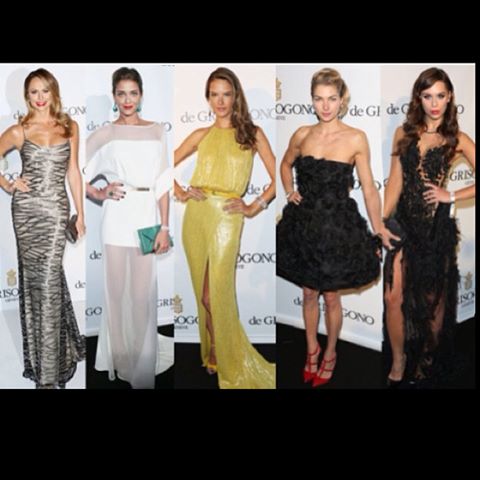 Swiss jewelry designer De Grisogono celebrated the brand’s 20th anniversary with a glamorous party in Cannes. Among the attendees were Paris Hilton, Sharon Stone, and Victoria’s Secret model Alessandra Ambrosio. The who’s who of show business and jewelry showed up to the prestigious  party