THE SCENT OF A WOMAN, That makes it special and unique 10 April 2013

THE SCENT OF A WOMAN, That makes it special and unique.

From Tell-a-gram by Glam Dame

When we were dating my husband gave me my first bottle of perfume.  It was called “Femme.”  I was never interested in fragrances before that time but now I was being given this romantic gift that was so personal. No other boyfriend had given me an extravagant gift such as this. I was impressed!

The fragrance was a little strong but lovely.  When I dabbed it on, it was done very gingerly as I didn’t want this scent to take over a room.  I have been in elevators where a woman’s perfume permeated every corner of the cabin.  The elevator door could never open fast enough for me and I felt like I was wearing that woman’s perfume for hours afterwards.

“Femme” was my perfume because of sentimental reasons but it wasn’t the one I ultimately settled on. Since that gift I have tried other perfumes but I never found one that I felt suited me. Perfume is very personal.  It defines the wearer.

Walking into a department store one day I passed a counter with little sample bottles of a fragrance called “Y” by Yves St. Laurent.  It drew me in.  After a few minutes at the counter I purchased it.  It was exactly what I wanted to wear any time of day, any season.  It became my signature scent and I have been wearing it ever since.  But lo and behold “Y” is no longer being sold in stores.  I have looked everywhere including Duty Free shops.  It is out of production.

But not all is lost.  Recently I was introduced to another fragrance which I find equally appealing.  It happens to be one that has recently been introduced by my client. I make it a practice not to mix business with personal recommendations but this fragrance is special. It’s light, floral and very feminine.  It’s called “Broderie” and it’s by a French couturier named Hayari. 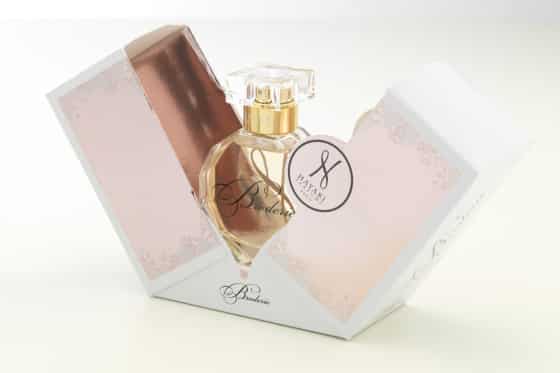 The other reason why I love this perfume is that it is exclusive.  It isn’t available at every department store or beauty or drug store.  It has limited distribution.  That makes it special and unique.  I like that.

I have already been stopped on the street and asked the name of this perfume by several women and a few men.  That leads me to believe this exclusivity will not last forever because it won’t be long before this perfume will be scooped up by retailers that sell fashion, beauty and fragrances.  That’s when I will have to start my search all over again.

Alas, that is the price one pays for individuality.