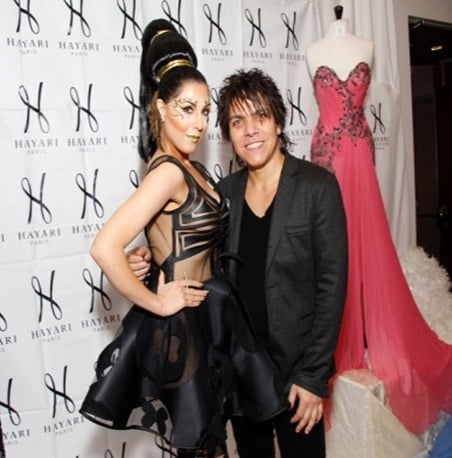 Celebrity dresses collection, be dressesd as a star in Hollywood with Hayari 24 August 2014

Celebrity dresses collection, be dressesd as a star in Hollywood with Hayari

Hayari celebrity inspired dresses, red carpet gowns as seen at the Oscars, Grammy and Golden Globe Awards. Dress like a celebrity with a Hayari red carpet …

World Pop singer and songwriter, renowned for distinct style, sound and for releasing her single “Fly Away,” in 14 different languages, including sign language.

American actress and producer, best known for her portrayal of Kahlan Amnell in the television series Legend of the Seeker.

Colombian-American film and television actress known for her appearances in Fighting (2009), Boy Wonder (2010) and Takers (2010).

American actress and model, best known for her portrayal of PippiLongstocking in the 1988 Columbia Pictures film The New Adventures of PippiLongstocking. Her career includes modeling,  a number of commercial appearances, and films like;  Kill You Twice (1998), The Little Rose (2005) and Disconnect (2005).

Actor and entertainer known for The Bourne Legacy (2012) and The Turtle (2009), and currently plays Terrence Wall in Vh1 HitTheFloor.

Writer, speaker and activist.Author of ‘If Only I Could Sleep’, written after enduring a childhood molestation and rape, drug abuse, eating disorders, domestic violence, loss of child custody as well as a suicide attempt.

American actress, author and former model. She is best known for her role as Dr. Taylor Hayes on The Bold and the Beautiful.In 2000Tyloreleasedherautobiography, Making a Miracle.